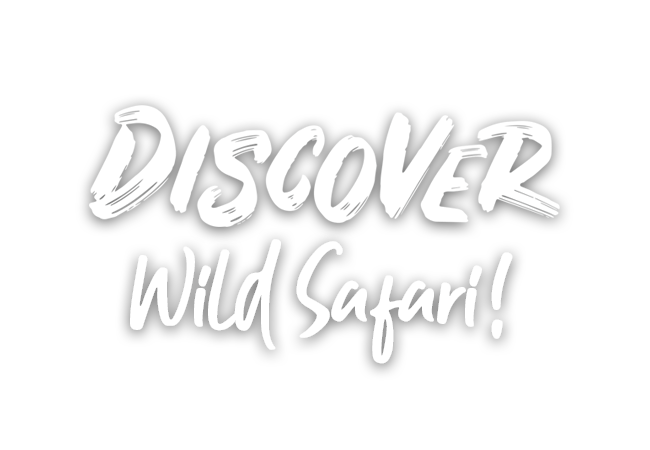 Are you ready to go on Safari and get up close to incredible animals from around the world?

We pride ourselves on being a safe, entertaining and memorable day out for all, and hope our guests enjoy our fantastic wildlife, exhibits and Theme Park.

Although rare, animals can carry infections that are harmful to humans. It is important that you wash your hands with soap and warm water after touching or feeding the animals and before you eat or drink.

We pride ourselves on being a safe, entertaining and memorable day out for all, and hope our guests enjoy our fantastic wildlife, exhibits and Theme Park.

Although rare, animals can carry infections that are harmful to humans. It is important that you wash your hands with soap and warm water after touching or feeding the animals and before you eat or drink.

Pregnant women and immuno-compromised individuals must ensure they wash their hands as a priority after they have touched or fed an animal.

Individuals who are immuno-compromised need to take necessary precautions to protect themselves from infection by:

• Thoroughly washing their hands with soap and warm running water after viewing or being in an animal environment.

There are three dedicated Wash Stations located in the walk-through area of the Park – outside the Information Kiosk, Lorikeet Landing and at the entrance to African Village.

Some animals may bite – please ensure you don’t feed the camel, zebra or Barbary sheep. 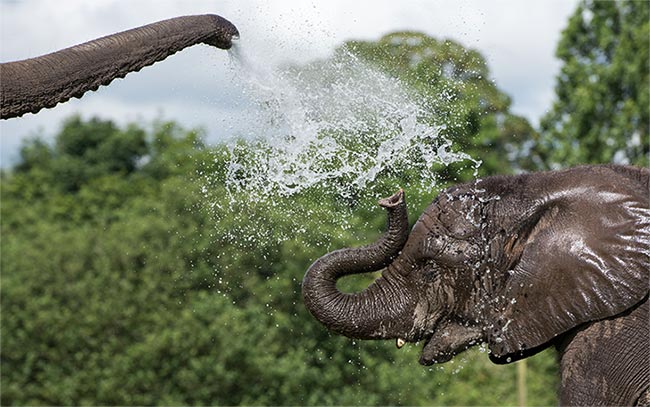 Home to our herd of southern white rhino and one of the Park’s most popular sights and experiences – the elegant giraffe. Not to mention the well-known stripes of a zebra, prized Ankole cattle, ellipsen waterbuck, Congo buffalo, swamp-loving red lechwe, ostrich and the eland, largest of all antelope species.

An area of contrasts, from the amazing armoured greater one horned rhino to the dainty blackbuck.
Not forgetting of course the worlds rarest deer, the Philippine spotted deer and the endangered barasingha!

An area of the Safari drive-through that is home to some of the world’s greatest hunters. From magnificent and powerful tigers, to the world’s fastest land mammal – the cheetah. As well as our pack of rare African painted dogs, and the king of the beasts – the African lion.

See our fantastic and extremely clever African elephants as they explore their surroundings in Elephant Valley. Also see our young elephant, Sutton! He may be seen most days charging around Elephant Valley under the watchful gaze of Mum Five and Aunt Latabe.

Enter your details below to sign up and receive our latest press releases via email.

You can unsubscribe from this service at any time via the unsubscribe link on our press release emails.

Animal keepers at West Midland Safari Park have had a busy start to the year by undertaking the annual animal stock take.

Every creature has to be counted, from the crash of huge white rhinos, down to the colony of tiny leaf cutter ants.

There will be some extra heads to count this year too, following the success of animal births in 2018. These include Granville, the baby southern white rhino, Gerald the Rothschild’s giraffe and two Grévy’s zebra foals – Grace and Gamba.

Angela Potter, Head of Wildlife said, “As part of our zoo licensing requirements, from 1 January, we complete an audit and produce a report for our Local Authority, so keepers have been out and about counting all of our animals, from elephants down to ants!

“Our wildlife administrator, Rosie Wilkes, then carefully checks our animal record system to ensure the census adds up correctly. Some animal groups, such as our white rhino herd of eight animals, are much easier to count than our colony of Madagascar hissing cockroaches! Although the audit is undertaken once per year, the animal keepers keep track of the animals in their care on a daily basis.”

The total number of animals is yet to be confirmed, but as there are over 120 different species at the Park, the figure is likely to be over 800 animals. 32 species are found on the Park’s safari drive-through, whilst the remaining 88 species can be found in the African Village, Discovery Trail and Safari Academy.

West Midland Safari Park is currently open on weekends only for Wild Winter Safari until 10 Feb 2019. The Park opens daily from 16 Feb 2019.  Admission is £20.00 for adults, £15.00 for children aged 3-15 years and £18.00 for concessions. Admission includes a free return ticket. The Adventure Theme Park is closed during the winter season. 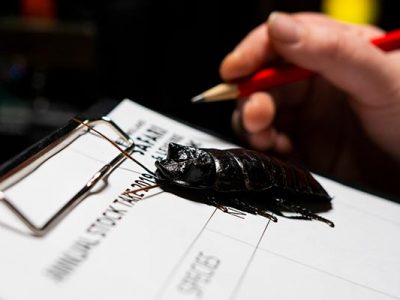 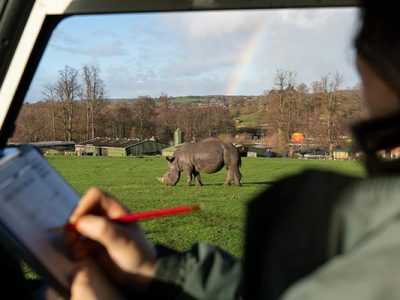