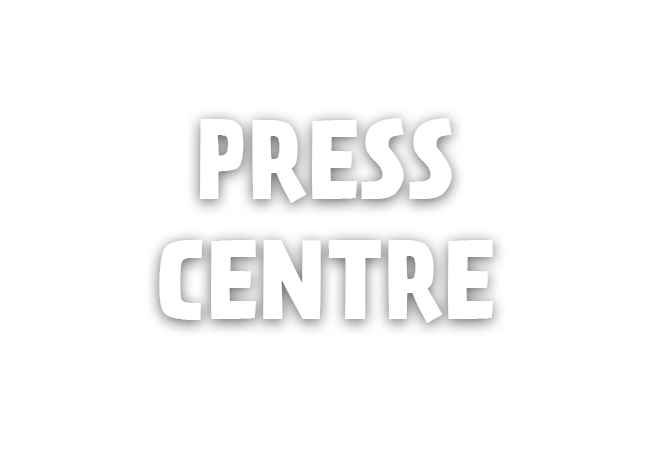 Resources for the Press and Media

A range of resources can be found below, including our archive of previous press releases, our library of images and a press pack containing details of WMSP’s attractions and features.

We love collaborating with like-minded content creators who align with our brand values.

If you would like to get in touch to discuss working with us, please fill in our Blogger/Influencer Contact Form with as much detail as possible.

Please note, only applicants that we are interested in working with will be contacted.

We look forward to hearing from you!

West Midland Safari Park is pleased to announce the arrival of three, tiny meerkat pups – the first litter in over nine years.

Signs that the incredibly cute youngsters had been born, were spotted on 22 July, when none of the adult meerkats were out in their habitat. Keepers found the adults’ heads poking out of the nest box, with some tiny squeaks being emitted from inside.

A quick look inside, confirmed that three minuscule baby meerkats had been born, no bigger than a matchbox car, their eyes and ears shut and completely reliant on their mum, Heather and dad, Monty.

The keepers have kept their distance from the pups, but have noticed that Heather’s friend, Peony, is also sharing the parental duties, babysitting the pups, while Heather sleeps or is out feeding.

Head of Wildlife, Angela Potter, said, “We are all really pleased with the birth of these three meerkat pups, the first we have had here since 2013. It is a really good news story for dad, Monty, who is quite an old boy at 13 years of age. He has been part of a bachelor group for all of his life, but with the introduction of the two new females who joined the collection earlier this year from Woburn Safari Park, we were able to give him the chance to become a first-time dad.

“He has taken to the new role very successfully and it is great to see him interacting and looking after his new family. Heather is doing a fantastic job, but her close friend Peony is also very attentive and helping to care for the pups. This cooperative approach to rearing the young is a hugely successful strategy for meerkats in the wild, to ensure the survival of the little ones in a harsh desert environment.”

At birth, baby meerkats only weigh around 25 grams and are completely helpless. Now at 20 days old, the meerkats have opened their eyes, can now hear and are more mobile.

The pups have received a quick health check from the Park vets, who confirmed the three youngsters are happy and healthy, meaning they can be given the option to venture out into their habitat, this weekend.

They will receive another health check in the next few weeks, where vets will also determine their sexes. Following this, keepers will choose names for the pups, beginning with ‘K’, as all babies born at the Park during 2022, will have names starting with this letter.

Guests may be able to glimpse the baby meerkats in their habitat located in the African Village, alongside Heather, Monty, Peony and juvenile, Kalmia. 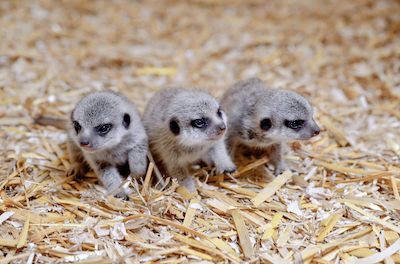 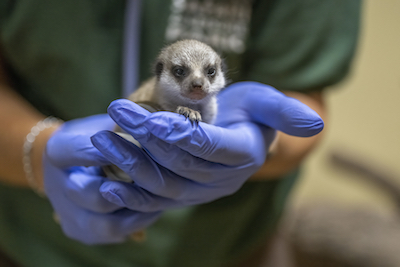 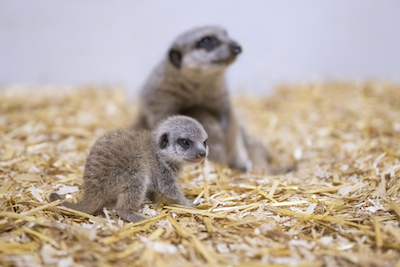 West Midland Safari Park has submitted plans for the next stage of its long-term development strategy, involving Lion Lodges alongside a new lion habitat.

The tourist attraction has submitted plans to Wyre Forest District Council for the third phase, of their wildlife development plan, which aims to upgrade animal facilities, alongside adding further overnight accommodation.

The plans are for four, single-storey Lion Lodges, sleeping up to six people and will be fully immersed in the lions’ new habitat, offering incredible views of the Park’s bachelor group of African lions. One of the lodges will be fully accessible for guests with disabilities.

All four lodges will have open-plan living spaces, an outdoor private garden space and floor-to-ceiling windows in the bedrooms and living area, meaning guests can sleep a whisker away from these magnificent beasts.

Managing Director, Chris Kelly said, “We’re pleased to announce that we have submitted planning for the next phase of our development. This will see new habitats, housing and facilities being built for our bachelor group of lions, giving them 24-hour access to indoor and outdoor facilities, in their new, enriched habitat.

“Alongside the new lion facilities, we will be installing four new lodges, which will be very similar in layout to our current cheetah lodges. They will have two bedrooms, a lounge, kitchenette, comfortable indoor and outdoor seating and stunning interiors, inspired by African design.

“We hope to release more information about booking and an opening date, subjective to planning being granted, later in the year.”

The new lodges will be located near the Park’s African Village, a pedestrianised area that houses meerkats, lemurs and goats. This means that day guests will be able to see the lions on foot, for the first time in the Park’s history, from a viewpoint in the African Village.

If planning is granted for the new Lion Lodges, the Park hopes that works shall begin in October 2022.

Like the existing Safari Lodges, the Lion Lodges short breaks include breakfast and dinner, spectacular views of the animals, admission to the Park for two days and Theme Park wristbands, during the summer season.

Guests can find out more information and book overnights stays for the current lodges, on the Safari Lodges website: www.safari-lodges.co.uk. 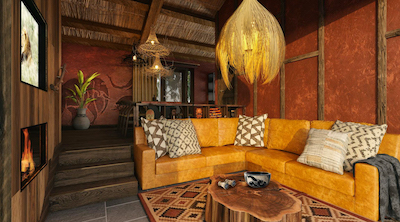 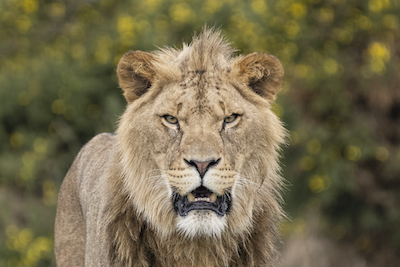 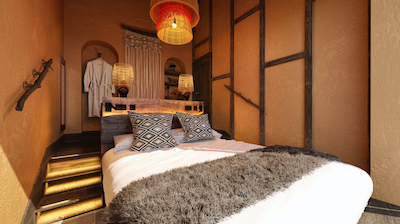 Enter your details below to sign up and receive our latest press releases via email.

You can unsubscribe from this service at any time via the unsubscribe link on our press release emails.

SAFARI PARK AWARDED FOR EXCELLENCE IN THEIR INDUSTRY…

Staff at West Midland Safari Park are celebrating, following winning two national, prestigious awards recognising excellence within their industry for both ‘education’ and ‘behaviour and welfare’.

Both awards were presented to representatives from the Park at the annual BIAZA (British and Irish Association of Zoos and Aquariums) Awards on 17 June 2022, which celebrates the hard work and dedication of staff in zoos, safari parks and wildlife attractions, across Britain and Ireland.

The first win was a ‘Gold Award,’ for the Park’s Research and Conservation Officer, Katie McDonald, who entered her submission in the ‘behaviour and welfare’ category, for research into monitoring the behaviour of the Park’s Humboldt penguin colony.

The Park’s Education Team won a ‘Bronze Award’, following a 2000-word submission from Education Manager, Nicola Anslow, which detailed the building of their Safari Academy and the impact it has had on delivering both conservation education to schools, and accredited animal care courses to further education students, over the past five years.

Head of Wildlife, Angela Potter, said, “‘We are delighted to have received two awards at this year’s BIAZA awards. We are really proud of the entries submitted by Katie and Nicola, as the awards highlight the vital work carried out by all BIAZA’s member zoos and aquariums, so it is fantastic to receive this well-deserved recognition for the work we carry out at West Midland Safari Park.”

She continued, “Katie and our team have spent several years researching and refining their methods of data collection, which concentrates on monitoring the behaviour and substrate use of our colony of penguins. They developed an interactive data collection tool, which reports results in real time to animal managers, which in turn, aids evidence-based husbandry decisions. Ultimately, this aids our keepers in being able to provide the very best care for their animals.

“The Gold Award from BIAZA is the highest accolade for each category, so for Katie and our team to achieve this, is a true testament to their dedication and hard work.”

The award for the Education Team is the second national award they have won recently, following success at the School Travel Awards in May, winning Best Wildlife Attraction.

The BIAZA award submission focussed on how the Safari Academy, built in 2017, enabled the Park to provide an engaging, immersive education facility, offering opportunities for schools, further education, and wider audiences to learn about conservation and nature. 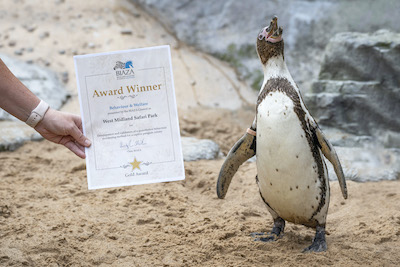 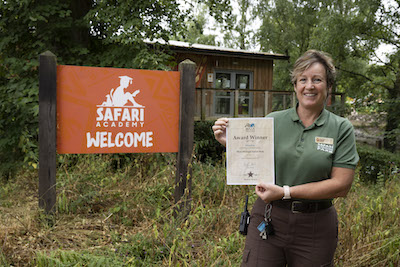 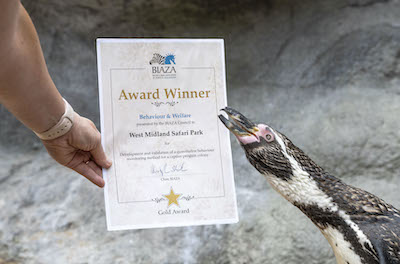 Staff at West Midland Safari Park have thrown a big, ‘king-of-the-jungle-sized’ birthday party for their seven lion cubs, who are all celebrating their first birthday this year.

The youngsters, born on 27 August and 17 September 2019, have been a popular sight at the Worcestershire attraction over the last year and although are still referred to as ‘cubs’ by their team of keepers, they are more like adventurous teens.

To celebrate the occasion, keepers created a range of giant eye-catching, animal themed gift boxes, which were filled with tasty treats and placed inside the lion reserve. As soon as the cubs left their sleeping quarters, they were instantly drawn to the mysterious parcels and spent the morning feasting, playing and having a ‘roar-some’ time together. Even the adult lions couldn’t resist joining in the fun, rolling around with the cubs and showing age is just a number!

Kate Atkinson, Senior Carnivore Keeper, said, “All of the cubs have grown in confidence over the past year and it’s been great to observe them as they mature and develop. The cubs love to have fun destroying things, and all types enrichment – boxes, paper bags or even trees in the reserve – are regularly chewed and ripped apart as part of their play.

“The cubs all interact really well together, and we have been able to see their range of different personalities come out, which has been brilliant. For example, Hercules and Hunter are both very placid boys who really enjoy exploring and seeing what the keepers are up to, but then on the other hand we have Havoc, a playful soul that likes nothing more than fooling around with his older relatives and even trying to push the buttons of his Grandmother, Kayli. Our females are also flourishing, with Hira bringing the ‘sass’ to the pack and Natty showing her maternal side with her mother Scar.”

The seven cubs, made up of five boys and two girls, were first introduced to visitors back in February and have had endless fun settling into their new home throughout the year. The male cubs can expect their distinctive manes to start to grow in when they reach the age of two, making them very easy for guests to recognise.

Over the coming year, guests will be able to see the cubs on Safari as they continue to grow and thrive as part of the park’s ‘fearsome’ African lion pride. 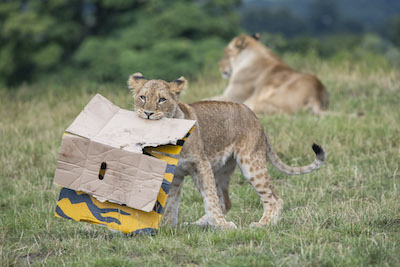 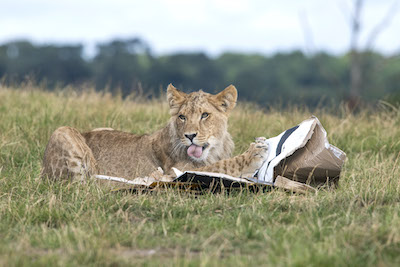 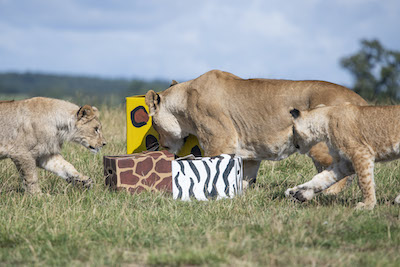