Hop aboard our NEW Virtual Reality Ride for an amazing, immersive experience!

Enjoy a fully immersive 4D experience with our new Virtual Reality Ride!
Hop aboard this undercover ride, where you’ll be transported through the jungle on a quest to find all the precious crystals that have been stolen from us.
Keep your eyes peeled for the gems on your journey down the river, and watch out for a whole host of wild creatures on the way.
Hold onto your hats, this could be a bumpy ride!
The boat ride lasts for three minutes, giving you and your family an extra special 4D experience!

• All children under 7 must be accompanied by an adult.
• Children 3 years and under cannot wear the VR Headsets, but they will see a video on the screen at the front of the ride. We advise adults responsible for these children to also not wear the VR Headsets.
• All guests must be seated correctly on the ride. Children must be able to sit upright by themselves on the sleigh, unaided.
• We advise you don’t wear the VR Headsets if you suffer from dizziness, epilepsy, headaches, motion sickness or are pregnant.
• Please be aware you can remove the VR Headset at any point if you feel necessary.
• Guests will be seated in household or support bubble groups, up to a maximum of 8 people.
• VR Headsets will be disinfected after every use.
• Tesco Clubcard Vouchers cannot be used to purchase VR Ride Tickets.

West Midland Safari Park are thrilled to announce the birth of their first Indian rhinoceros calf. Arriving on Tuesday 8th September at 2:29pm, the male calf. is the first Indian rhino to be born on site in the Park’s forty-seven-year history.

Deputy Head Keeper of Ungulates, Shelley Tudor, said “We are absolutely delighted and have been waiting a long time for this moment. After holding this species of rhino for over ten years, this is our first calf to be born at the Park.”

“We acquired Seto and Rap as youngsters and have been able to watch them grow and mature over time; which makes it even more momentous to see them produce their own calf. He is a very special addition to the Asian rhino House, and we look forward to watching him develop, and maybe go on to produce his own little rhinos in the future!”

The rhino calf’s parents, eleven-year-old Seto and twelve-year-old Rap, can often be spotted by guests at the Asiatic section of the drive-through Safari, near to the state-of-the-art Indian rhino House built at the Park in 2009. Both Seto and her calf are bonding well together in a private area where keepers can observe them at a safe distance as they settle in.

Also known as the Greater One Horned rhinoceros, Indian rhinos are placid animals who are often recognised for their armoured and prehistoric appearance. The new arrival is not currently available for viewing, but he will eventually join his family at the Wild Asia section of the reserve where guests will be able to spot him roaming the plains and having lots of fun, likely covered in mud!

The Park is home to two types of rhinos – six Southern White rhinos and three Asian rhinos. Both species face threats in the wild such as poaching and habitat loss and are classed as ‘near threatened’ (white rhino) and ‘vulnerable’ (Asian rhino), by the International Union for the Conservation of Nature.

The calf is currently un-named, but the Park can reveal it will begin with the letter ‘I’ mirroring the naming of all other animals born on-site in 2020. It’s clear to see already that he will have a lasting impact on West Midland Safari Park, in supporting their efforts in raising awareness of the vital preservation of this fantastic species. 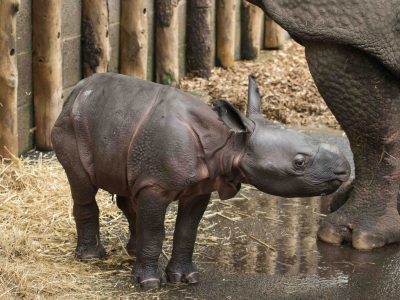 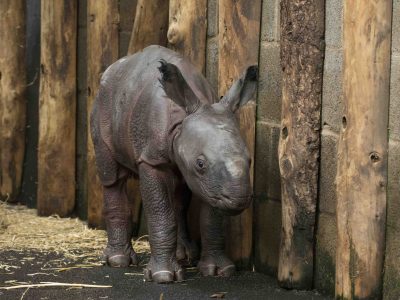 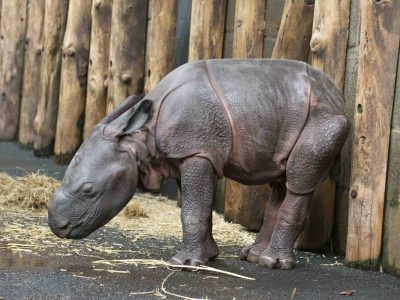 Sign up to our email list to be the first to hear when bookings go live and receive news of all the latest Safari Lodges developments.